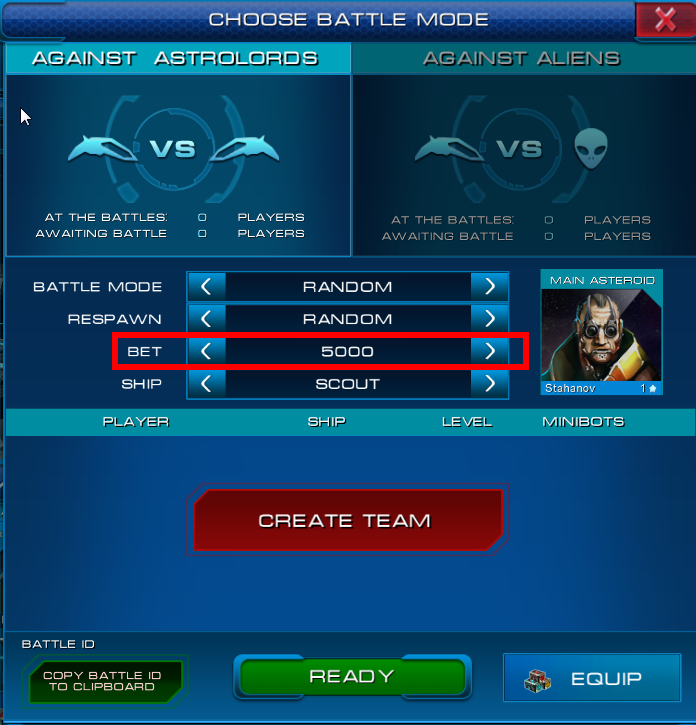 Team Deathmatch is a battle mode available to players at the Arena. Players form teams that fight against each other.

After the battle is over, the winner team's survivors share the prize equally.