Difference between revisions of "Spying"

It allows players to examine asteroids that belong to other players or aliens and see what they are capable of, what kind of resources they have as well as their amount. 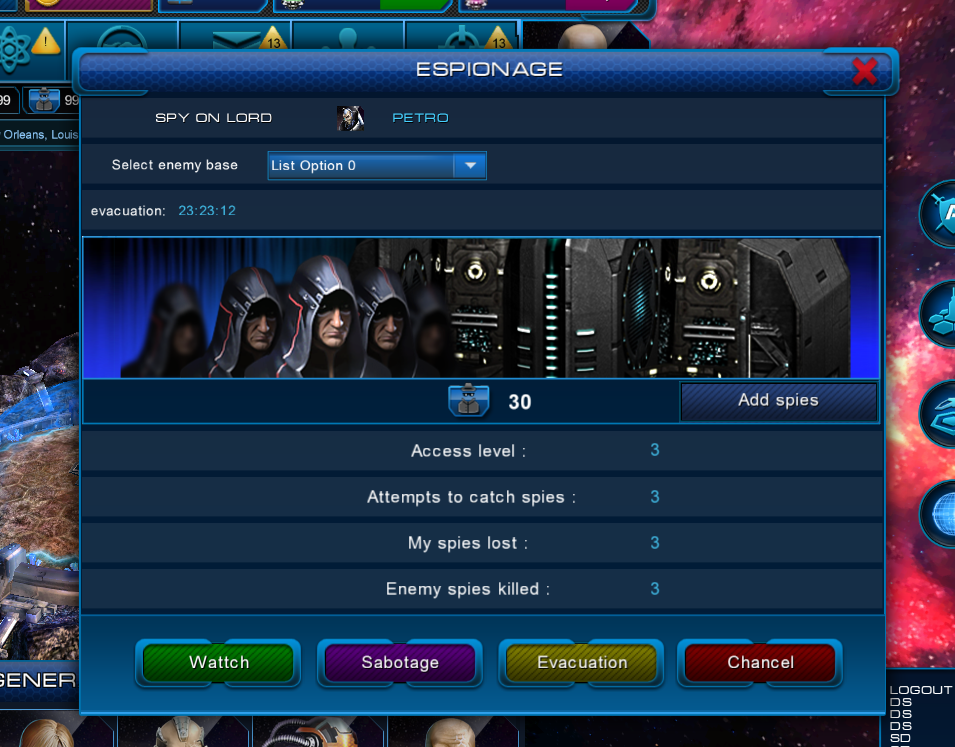 The asteroid is not added to "Espionage" list; surviving spies retreat.

2: shows resources, Generals and Starbase. Allows the player to:

If the player gains access level from 1 to 3, the target will be able to learn their identity.

If the player gains access level 0 OR 4, the target WILL NOT learn exactly who sent their spies to the target's asteroid.

In addition, the player can pay in deuterium, and use "Auto-espionage Aliens" sending 100 spies to any Alien asteroid he/she finds.

If the player does not have any spies, he/she can not send any. To disable it, the player needs to tick it. This is a 7 day service.